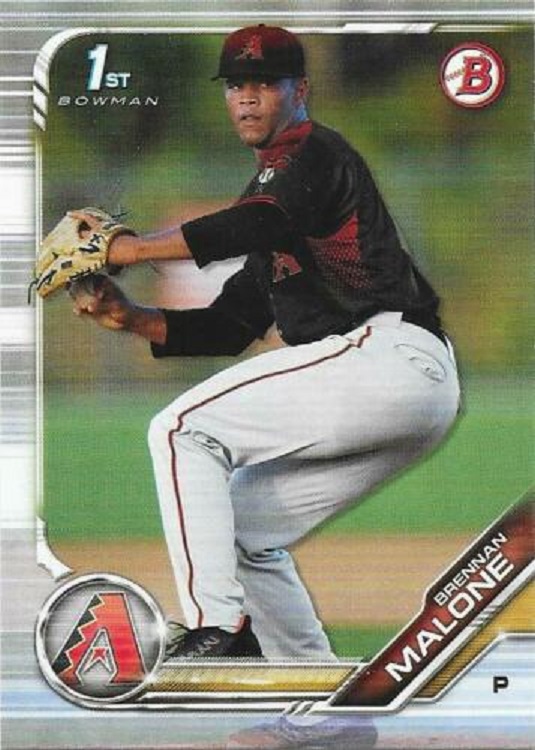 It’s Monday, so we have another new baseball card release in the PBN shop featuring a top prospect for the Pittsburgh Pirates. Today’s card features right-handed pitcher Brennan Malone, who turned 20 years old earlier this month. Malone was acquired by the Pirates over the off-season in exchange for Starling Marte. He was drafted just seven months earlier as the 33rd overall in the 2019 draft. Malone is one of the top pitching prospects in the Pirates system right now. The card we are now featuring in our Cardboard Bucs section is his first Bowman card. 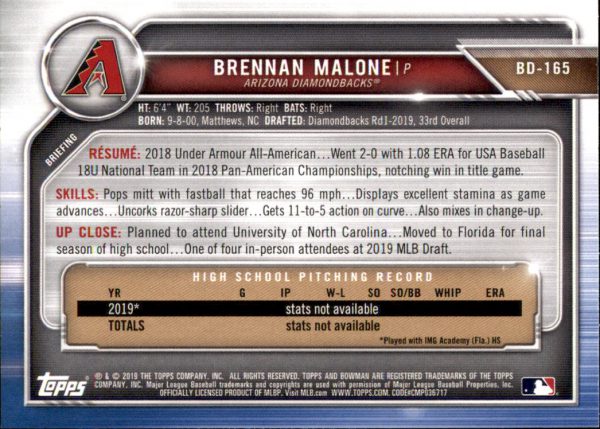 Tim Williams recently did a feature on Malone, which can be read here. Malone discusses his development time without minor league baseball, focusing on a new changeup grip that works for him, improving his curveball action, as well as cleaning up his delivery through some adjustments.

You’ll notice on the card that it has a brief scouting report. Malone is even better than that sounds, especially if the changeup is developing like he says in the article. Malone has hit 99 MPH with his fastball (quoted as 96 up top), while the improvements to his curve were done to get away from the loopy action on his 11-to-5 action, now going with a 12-to-6 action that works better for him due to a sharper break. At 6’4″, 205 pounds, he has a big frame that still has room for growth.

Malone has pitched just eight innings as a pro, getting into a total of seven games over two levels for the Diamondbacks last season. He would have likely pitched  in Low-A at some point this season if things went as planned, though Morgantown was a possibility too.  He should start the 2021 season in Low-A.

As mentioned above, this card is now listed in our Cardboard Bucs section with a limit of five per customer. Supplies are limited. Last week we added the 2019 Bowman Draft Quinn Priester card to the store. We also have numerous other prospects available, including Mitch Keller, Ke’Bryan Hayes, Braxton Ashcraft and more, all priced between $1 and $2. 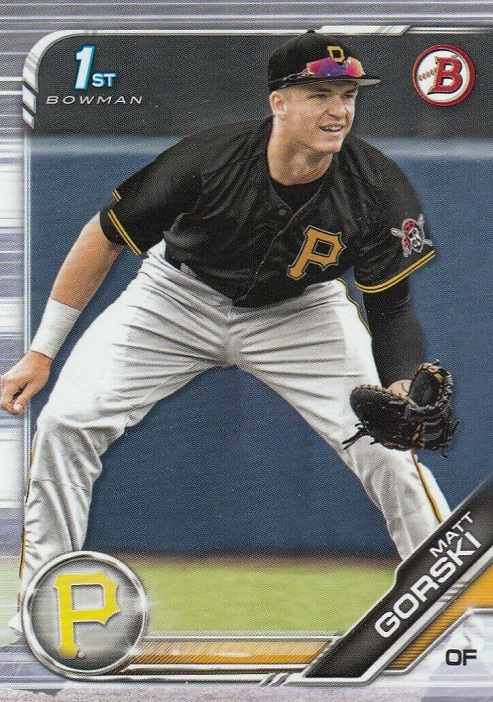 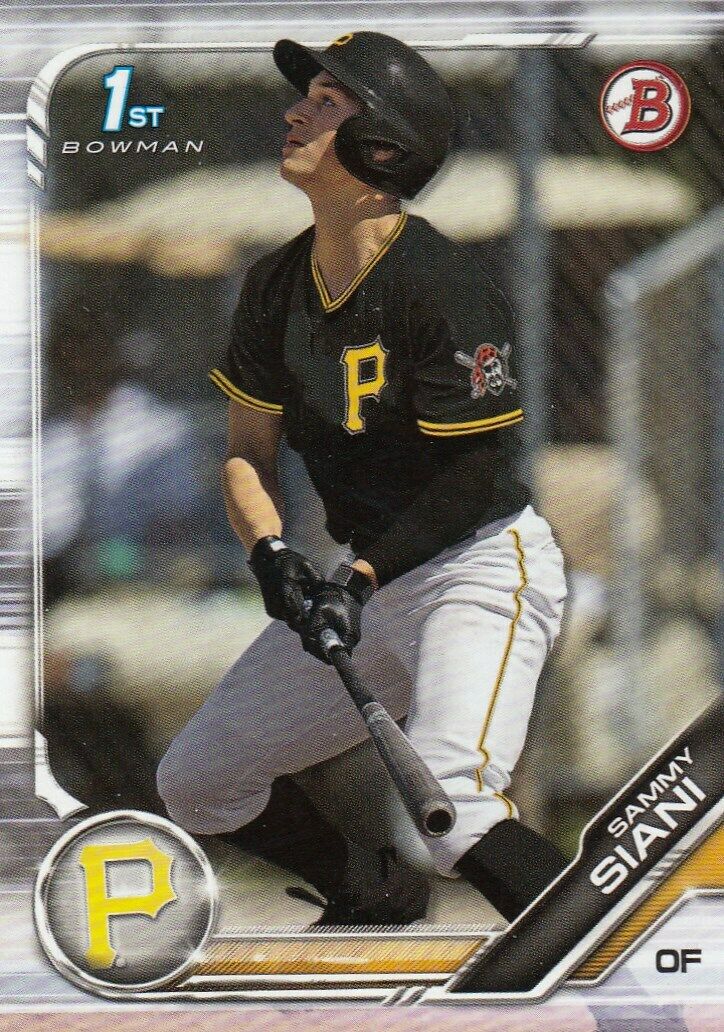